Prateik Babbar is one Bollywood actor who denies any gender norm to define him. The actor always stands out of the crowd, whether it’s his script choice or his personal lifestyle choices. Parteik believes in breaking any societal barrier whatsoever that stops him from doing what he loves. Thus the actor has been setting a huge self love and ‘being yourself’ goals for his fans and specially youth.

From applying nail paint to dressing up in an androgynous way, he knows that it doesn’t make you any less of a man. It was on November 28, 2020 when the actor turned a year older, and we all his fans, friends and colleagues showering love on him. 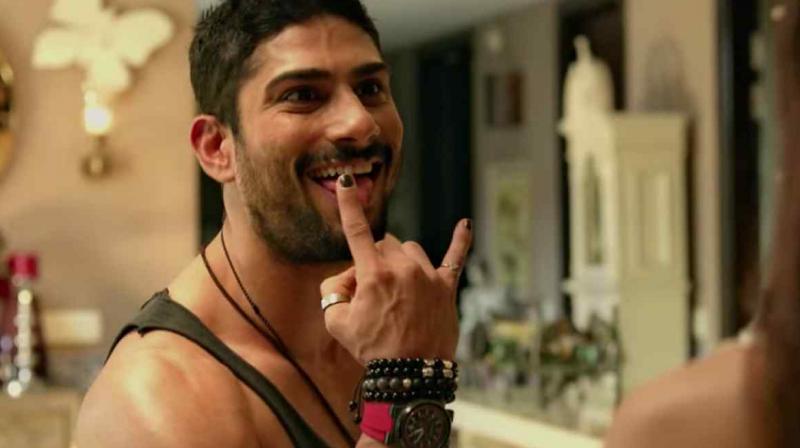 One of those sweet wishes was from his Baaghi 2 co star, Tiger Shroff. The actor took to social media to share an epic picture of the birthday boy. It was just a few days ago when Prateik Babbar had shared a photo in which he has dyed half his hair and one eyebrow red. In the picture, Prateik had opted for a black t-shirt while gazing straight into the camera.

To wish Prateik on his birthday, Tiger shared his picture on his Instagram stories. He paired it with a very sweet caption, he wrote “Only you could make this look that good! Happy birthday champ @_prat.” When Prateik had shared the same picture on his social media handle, he had shared a joker’s quote with it. He wrote ” “they laugh at me because im different.. I laugh at them because they’re all the same!” – the joker.”

Prateik Babbar had also shared a video and a picture on Instagram where he can be seen getting his nails painted by his stylist. This post had grabbed a lot of attention on social media, all his fans were praising him for breaking gender stereotypes.