Taarak Mehta Ka Ooltah Chashmah is one of the longest running shows on Indian television. It is one family show that runs in almost every living room in our country. This show has not only managed to enthrall the audience with its hilarious episodes, but the actors have also gained a lot of support and love from the audience.

From the young actors of the show to the senior most ones, each one of them enjoy a separate fanbase. And even the actors never fail to keep their fans updated about their daily lives through social media handles. One such young actress is Nidhi Bhanushali who was seen playing the role of Sonu Bhide for a long time on the show.

The actress has gained a promising fan following after her stint on the sitcom. Although the actress is no more a part of the show, she continues to enjoy a massive fan following on social media. 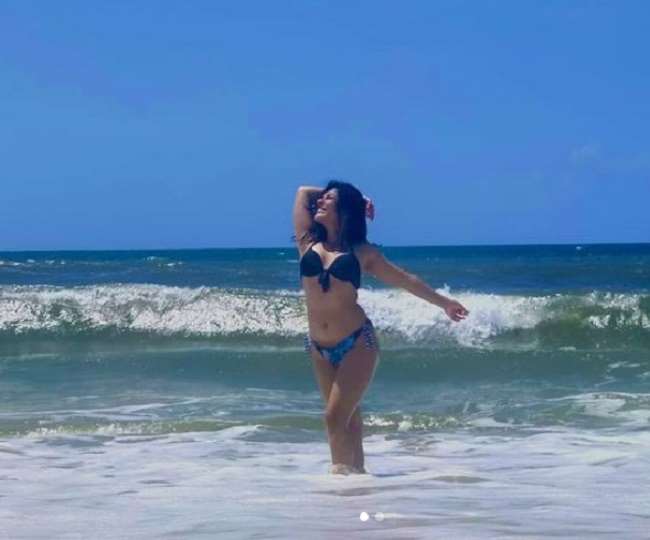 Nishi Bhanushali never fails to set the internet on fire with her pictures and videos. If we take a look at the actress’s Instagram handle, we can see the actress constantly shares pictures with her fans out there.

It was on October 7, 2020 when the actress shared a stunning picture on her handle where she can be seen posing for a selfie, flaunting her flawless skin, sporting braided hair and showing off her nose piercing. She had paired a perfect caption with it as, “Tequila sunsets by the (sea emoji)” And another picture that she shared from her beach holiday sees her posing in a bikini. The actress shows off her fit physique and looks absolutely beautiful. Nidhi surely knows how to post pictures and videos and keeps her fans engaged and hooked on to what’s happening in her life.