Taarak Mehta Ka Ooltah Chashmah is one of the longest-running, most-watched, and most-popular sitcoms of the small screen. The top-rated show has a huge fan following all over the world. The super-hit show has been winning the hearts of TV viewers for almost 11 years. Each and every character of the show has its own importance and they have become a household name now.

Palak Sidhwani, who is seen donning the character of Sonu Bhide in Taarak Mehta Ka Ooltah Chashmah, has won many hearts with her acting skills. The beautiful actress dons a girl-next-door appearance in the top-notch show and everyone simply adores it.

Palak who replaced Nidhi Bhanushali has managed to win hearts with her special performance in the show. The actress has turned out to be extremely popular amongst the fans and her Instagram fan following is the evidence for the same. 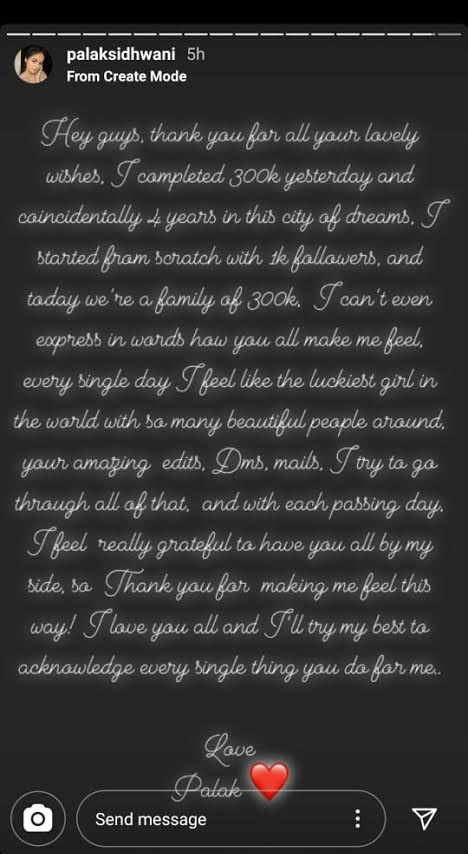 The actress will shortly complete one year of playing Sonu in Taarak Mehta Ka Ooltah Chashmah. In the small period, Palak has attained many milestones, one amongst them is accomplishing a whopping 300K followers. Also, Palak aka Sonu has completed 3 years in the city of dreams- Mumbai.

Palak also expressed gratitude towards her fans for being supportive and loving her unconditionally.