TV Star Charu Asopa & Rajeev Sen Connected With Each Other Over A Video Call; Fans Happy Actress Charu Asopa and Rajeev Sen tied the nuptial knot during the year 2019. It has been just a year since the two got married, and their marital relationship is going through hardship at the moment. With Rajeev shifting to the national capital for some time, Charu erasing her spouse’s surname from her name and the couple removing their marriage pics from their social media handles, a lot of things have happened and many statements have been made. 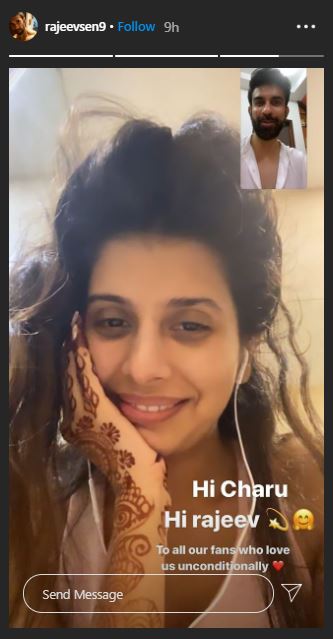 In the midst of all the reports of their troubles in their married life, the two real-life partners finally connected with each other other via a video call. Yes, this is true.

On July 15, 2020, it was nighttime when Sen posted an image on his IG stories and it was a real treat for their buffs and admirers. Rajeev shared a screengrab of his video call with Asopa. As Rajeev is in the national capital and Charu is in the city of Mumbai, they connected over a video call and they are all smiles. 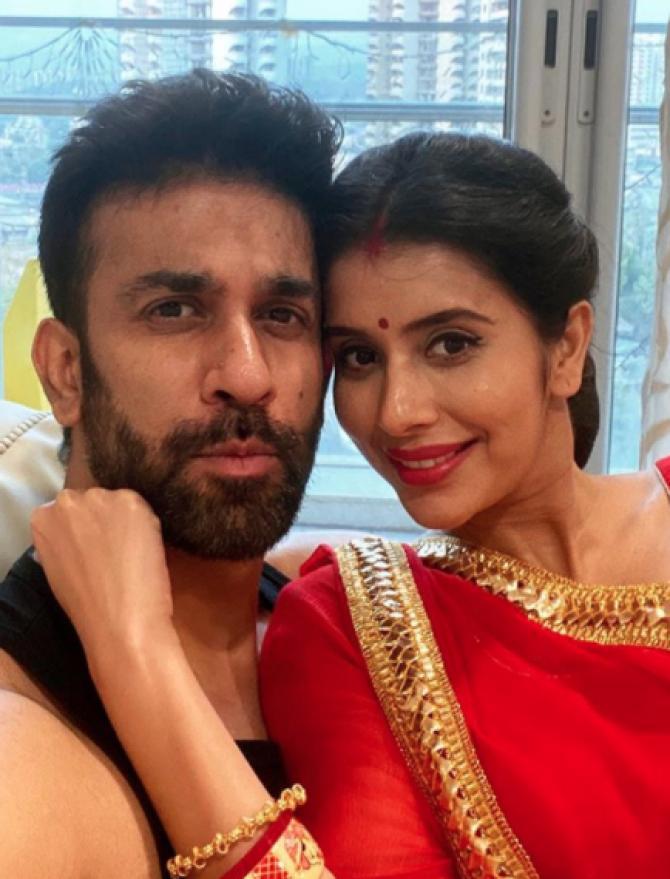 Posting the image together, Rajeev wrote, “Hi Charu Hi Rajeev To all our fans who love us unconditionally” followed by a heart emoticon on the top of it. Well, it looks the pair is trying to patch up.

Recently, Rajeev Sen stated that someone near his wife, Charu Asopa, is brainwashing her. He had said, “Why would I move out of my own house? I can’t stop laughing at these claims. I have three homes, one each in Delhi, Mumbai and Dubai. I guess someone close to Charu is brainwashing her because she is a simple and innocent girl. It could be someone from her so-called huge friend circle. I hope she doesn’t lose her path. If I find out who the culprit is, I will post his or her name along with a picture and a lot of facts. If they are going to hit me, I’m going to hit them back harder.”