Kasauti Zindagi Kay reboot has been aired yesterday on 25th September and the episode was full with entertainment. As the previous season was buzz-worthy show and was one of the most viewed shows in the early 2000s.

At the early 2000s, almost every Indian stuck themselves to their TV screens at 8:30 pm to watch Kasautii Zindagii Kay. The show’s characters Anurag (played by Cezzanne Khan) and Prerna (played by Shweta Tiwari) were a part of everyone’s life. Their love stories and problems affected those who religiously watched the show daily. Every time Komolika would make Anurag and Prerna’s life tough, the viewers would get mad. However, she is also one of the most love vamps on Indian TV. Now, Ekta Kapoor is back with her legend show but with a different class altogether.
This time the roles have been changes and the new Prerna is Erica Fernandes and Parth Samthaan is going to play Anurag.

Courtesy
Well, the suspense on the role Kamolika has been revealed that Hina Khan aka Akshara is going to play the vamp role in this season. Till now we have seen Hina playing the “seedhi sanskari bahu” role, this time for a change she will be seen in a totally different role and the viewers are willingly waiting to see her entry on the show.

In an interview with the portal, Urvashi Dholakia said, “Ekta (Kapoor) put her trust in me 18 years ago, the same she is doing now on Hina. Ekta has an eye for detail. Ekta has an eye for performers. Like she extracted what she wanted from me, I am sure she will extract it from Hina too. The baton has been passed and I wish Hina ‘Good Luck’ in all honesty.”

Now what you people think on this…?Its clearly visible that Hina is playing out the role of Kamolika in an entirely new way. 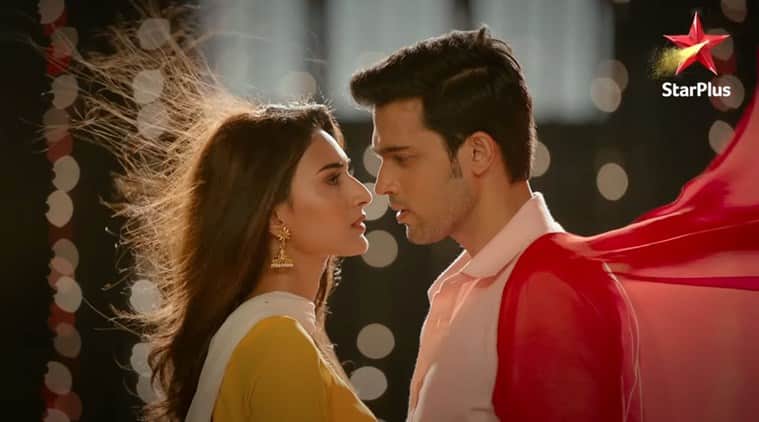 Courtesy
The suspense on the role of Rishabh Bajaj is yet not disclosed and the curiosity is still inside the audience.
Kasautii Zindagii Kay the most awaited show will air every Monday-Friday at 8 pm on Star Plus as well as on Hotstar.