We had earlier informed you about Varun Dhawan also being a part of Salman Khan’s Bharat. Varun will be doing a special role in the film and that made us super excited. The movie will mark a reunion of Salman and Varun after Salman did a cameo in Varun’s Judwaa 2.

Salman and Varun were spotted together at the airport last night. Both the superstars looked super cool in their casual avatars. While the Dabangg Khan rocked in his denim look, Varun was seen in shorts and an orange sweatshirt. 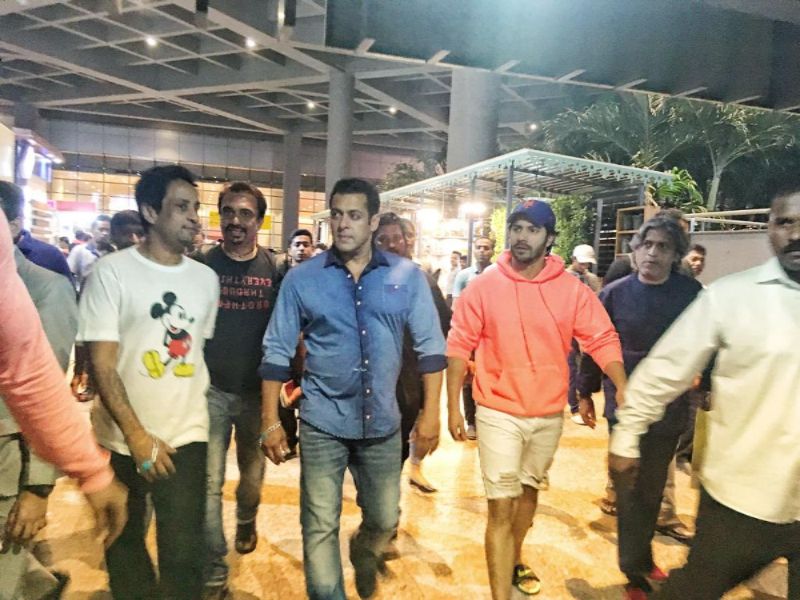 Varun is doing a special appearance in Bharat and we were wondering if he has already shot for the same. As per a reports of a leading news portal, it seems Ali Abbas Zafar asked Varun to be a special part of the film, Varun liked the idea and gave a nod instantly. The source had also told revealed that Varun left for Abu Dhabi on Tuesday.

Bharat is creating a lot of buzz since its inception. The film was to witness the comeback of Priyanka Chopra who was away from Bollywood for almost 2 years. The actress walked out of the film at the last moment owing to her marriage plans with American pop singer Nick Jonas.

The makers had no option but to rope in Katrina Kaif to play the lead. The actress instantly agreed for the same and also started shooting. The film also stars Sunil Grover, Disha Patani, Nora Fatehi, and Jacki Shroff.

Bharat is the remake of An Ode To My Father and the teaser was released on the special occasion of Independence Day.

The film is slated for EID 2019 release and being directed by Tiger Zinda Hai fame Ali Abbas Zafar. The film is bankrolled by Salman Khan’s sister Alvira and brother-in-law Atul Agnihotri.