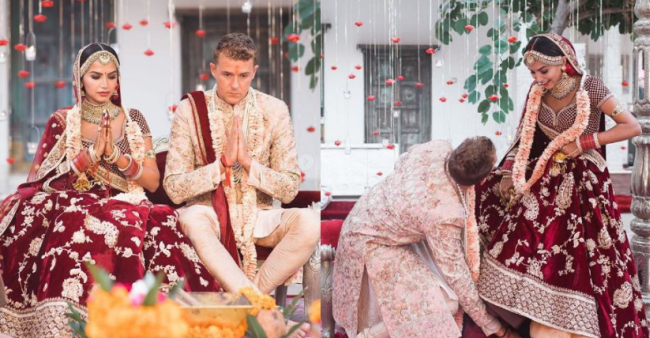 The much-awaited film of the year 2018, Thugs Of Hindostan released today on the auspicious occasion of New Year. The die-hard fans of Aamir Khan and Amitabh Bachchan were all excited to see these two biggest superstars of Bollywood share the screen for the first time. The film so far has recevied mixed reviews. While some really liked the film and the way it has been presented, there were some who totally said opposite of it. They didn’t like the film, nor the way it was portrayed. From the dialogues to the costumes to the direction, some people have simply criticized it.

Twitter has been a major platform for people to express their opinions on various things which is a great thing. But at the same time, there are various cons about the same as people don’t leave a chance to bash the celebs or whatever they and the same has happened with Aamir and Bachchan starrer Thugs of Hindostan. Viewers who watched the film and didn’t like it left no chance to take hilarious jibes on the film as well as it’s star cast. Some of the tweets were really funny but some were too rude and mean.

Take a look on Twitter reactions of the movie Thugs of Hindostan. Also, these tweets will help you out to figure whether you should watch the film or not.

Lost 300 Rs in Teen Patti yesterday. Will assume I went to watch #ThugsOfHindostan

Interval at #ThugsOfHindostan Extremely disappointing so far. Bad dialogs, forced laughs, absolutely nothing works until now 🙁 Let's see how the 2nd half pans out, very little to look forward to to be true…

#ThugsOfHindostan story is totally confusing & irritating. In other word it's torture for 3hour.
2 hours length could have saved the film.
1st half is somehow tolerable,
but 2nd half totally poor.

#ThugsOfHindostan review : #TOH is a colossal disappointment! Screenplay is illogical, dialogues even more pathetic. Aamir and Big B = GOOD and they try to be the saving grace but they remain as caricatures! VFX and fight sequences are very bad! Big debacle!

#ThugsOfHindostan story is totally confusing & irritating. In other word it's torture for 3hour.
2 hours length could have saved the film.
1st half is somehow tolerable,
but 2nd half totally poor.

Yashraj casting Aamir and Amitabh in a movie and yet making crap. #ThugsOfHindostan pic.twitter.com/DFjiyQo6p0

People coming out of movie theater after watching #ThugsOfHindostan pic.twitter.com/AOEvL0qyY2

When you book tickets of #ThugsOfHindostan for evening Show ! 😐 pic.twitter.com/Rjstx7nWny