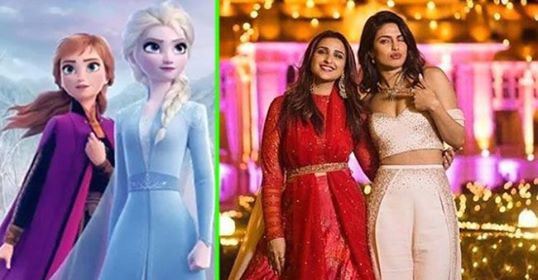 Recently, a video of Taimur Ali Khan had gone viral before Diwali, where the young star was seen shouting ‘No’ at the paparazzi when they wished him Happy Diwali. It seems the little munchkin is now getting annoyed by being followed everywhere he goes.

A new video has now emerged of Taimur and his mom Kareena Kapoor in which they both are twinning in long boots. Even though the mother-son duo looked stylish as ever, little Tim-Tim looked visibly annoyed after getting photographed and he threw a shade at the shutterbugs, as all this incident got caught in the camera.

In the video, we can see Taimur getting out of the car and giving an angry expression to the paps, after which he followed mommy Kareena into the airport, without even acknowledging the paps. Perhaps the little boy should be given a little more privacy now, as this is the second incident where he looked visibly frustrated at the paparazzi.

Earlier, when Kareena invited Karisma and her mom Babita to a Diwali lunch, the whole family got papped right below their residence. Then too, Taimur reacted angrily at the paps, which makes us wonder whether the little boy will ever behave normally from now onwards.

On various occasions in the past, Taimur’s parents Saif and Kareena have asked the paps to stop following their child around everywhere he goes. In a recent interview, Saif revealed that now the shutterbugs are finally starting to give Taimur some space. He said, “They’d hang around and they’d smoke so it starts looking a little unsavoury. The cops came, and we had a chat about it, and they said ‘fine’. Taimur is very happy, he is the least interested.”

The Laal Kaptaan star further added, “No pictures please, he started saying it as well. He doesn’t like being photographed.” This seems like the right way forward and maybe after growing up a little Taimur will eventually come good.