For Young Virat Kohli, Speaking To Katz Was His Biggest Off-The-Field Achievement

Indian Cricket star Virat Kohli might be married to Bollywood star Anushka Sharma but the Indian captain had once said that speaking to Katrina Kaif was the most important off-the-field moment in his life. In a recent throwback video that surfaced on the internet, the Indian skipper made this confession and in the video, we can see a young Virat Kohli talking to VJ Bani. When he was asked about his biggest off-the-field moment, he said that Katrina Kaif just spoke to him for two minutes.. When VJ Bani re-confirmed, Virat replied, “Main jhoot kyun bolunga (why will I lie?).”. Virat married Anushka Sharma in 2017 and both of them welcomed their first child, a baby girl, in January. They announced the birth of their daughter on social media. It was Virat who shared the birth of their daughter and he posted, “We are thrilled to share with you that we have been blessed with a baby girl this afternoon. We thank you all for your love, prayers, and good wishes. Anushka and the baby are both healthy and we are feeling beyond blessed to start this new chapter of our lives. We hope that you can respect our privacy at this time. Love, Virat.” 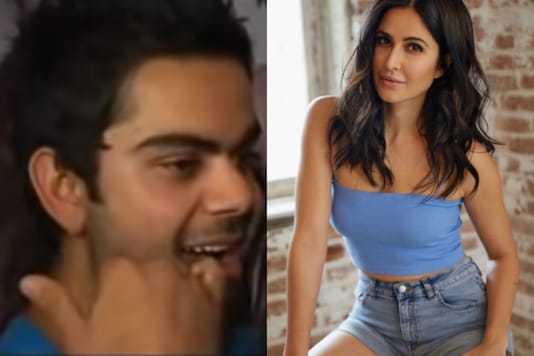 On the professional front, Anushka Sharma was last seen on the big screen through the movie by Aanand L Rai’s in 2018 named Zero. In the movie, the actress worked along with Shah Rukh Khan and Katrina Kaif. After a break from the movie industry, Anushka Sharma recently resumed her work. Meanwhile, Virat Kohli is currently captaining Royal Challengers Bangalore in the 2021 IPL season.

Virat and Anushka married in 2017 in Italy in a wedding attended by a selected few. They welcomed their first child, a daughter, in January this year.